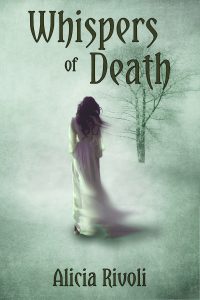 Haunted by Death, Amelia’s dreams feel ever so real with each passing night. Plagued by the sense of palpable fear, she continues forward with the demands of life at the forefront.

Death had been searching for just the right person that could help him regain his powers. After hundreds of years it seemed all hope was lost as those that died were now stuck in Limbo, forever suffering in pain and anguish. A ray of light appeared as a vision from a stranger led Death to Amelia, though making her a willing participant would prove to be difficult.

An endearing and supportive husband is something every woman would dream of and something Amelia has been blessed with, although nothing could have prepared them for what was about to take place. Their lives were turned upside down in the blink of an eye and their outlook of life, and death, forever changed.

A battle with Death can make one question even their most righteous desires, despite the fact that a common enemy had brought them together. Can Amelia ever find solace with her new knowledge or would death be the only thing that will bring her peace?

Journey on both sides of the veil as Amelia helps battle an evil that threatens to take away all that she has ever known and loved.